After Kapadokya, the trip brought me to Sivas where i met my friend Erkan with whom i experienced his amazing turkish hospitality. I stayed one night there and hitch-hiked to Ordu. Several drivers helped me. I met my friend Recep, a teacher who invited me at his school to share music with his students and talk about my trip. We visited six differents classes.

The day after, i hitch-hiked to Trabzon and Barboros who hosted me. We went to a turkish concert where musicians asked to play music. I sang for them.
Today, the 16th of December, i was invited in an english class as a guest in the center of Trabzon. We spoke in english and i shared with them stories about my trip and played guitar. Les champs-élysées from Joe Dassin and Imagine from John Lenon.

Imagine is a meaningful song. We spoke about those hospitality websites where people hosted travelers that they didn’t meet before. The teacher said she couldn’t do that. I.e. to host strangers at her home. And hitch-hiking was something dangerous and something impossible to understand for most of turkish people. She answered this after i said hitch-hiking was fun and a good way to meet people. The students learnt in english those words : trust, peace, adventure and how to pronounce chocolate in french.

This trip is an artistic eulogy of peace. 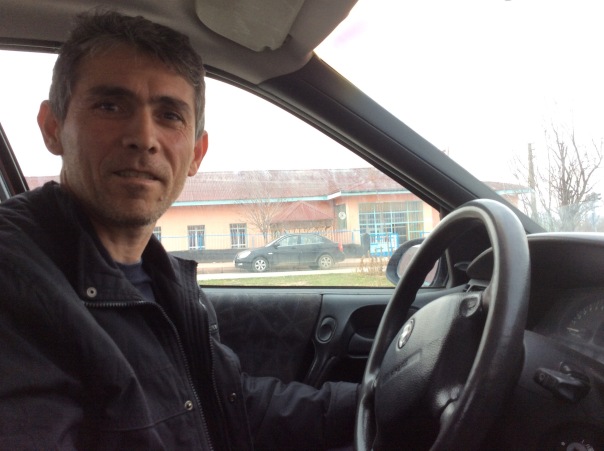 Zekeriya. A literature teacher. He gave me a lift and invited me to eat. 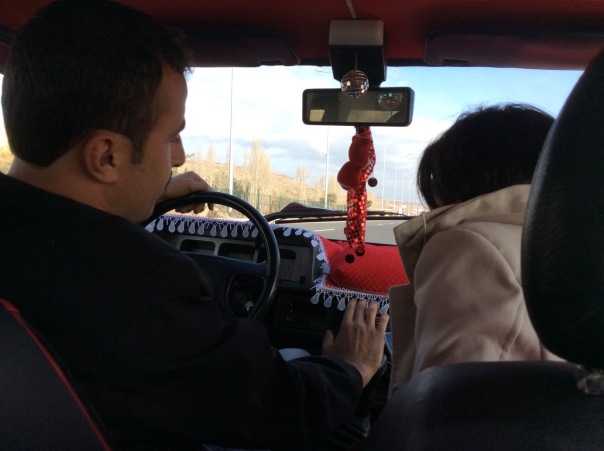 My new turkish truck driver friend. I played guitar for him. 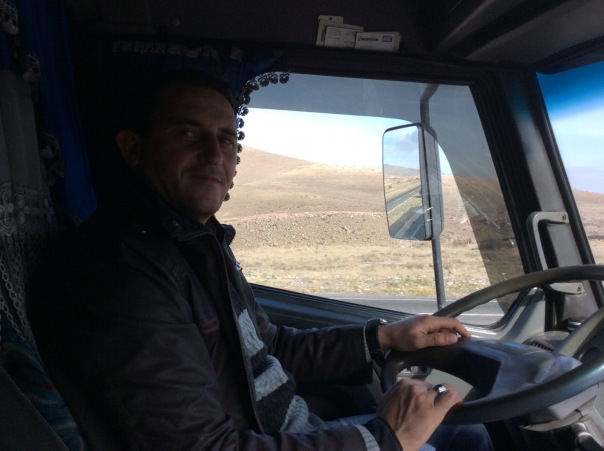 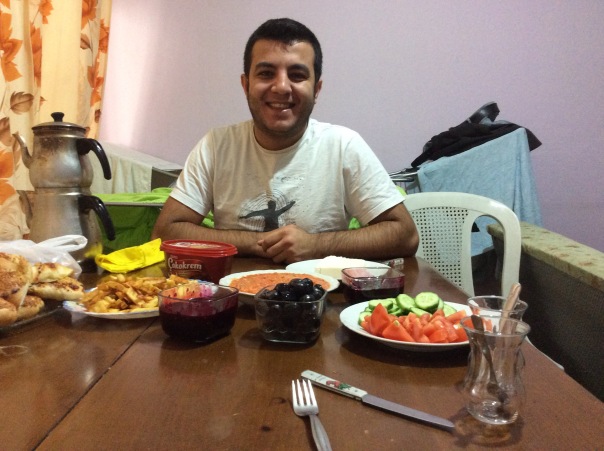 A kind and ununderstandable driver.

Ümit. He brought me to Ordu. He called my friend Recep and arranged the meeting there. When i opened the door of the truck i saw Recep welcoming me. 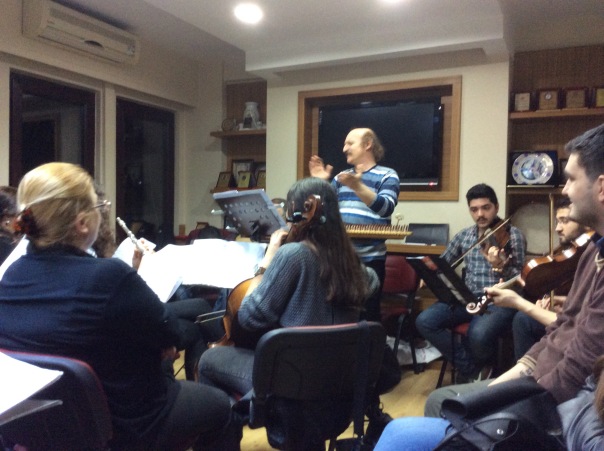 Barboros invited me to a turkish concert. The conductor asked me to perform a few songs. I played Sympatique from Pink Martini. The audience was about 50 people singing turkish songs accompanied by traditional turkish instruments. I met Goktug who hosted me one night. We shared music at his home.